EDYPRO has celebrated its 25th anniversary with the commitment to continue researching to make agriculture “a great company of the future”. The event took place at the Palau de les Arts Reina Sofía and brought together more than a hundred people linked to the company.

Among the prominent personalities who attended this celebration were Roger Llanes, Regional Secretary of Agriculture and Rural Development of the Valencian Community; Pedro Pernías Peco, Territorial Director of the Regional Ministry of Innovation, Universities, Science and Digital Society in Valencia; Júlia Company Sanus, Director of IVACE, and the mayors of Foios and Meliana, Sergi Ruiz and Josep Antoni Riera, respectively. 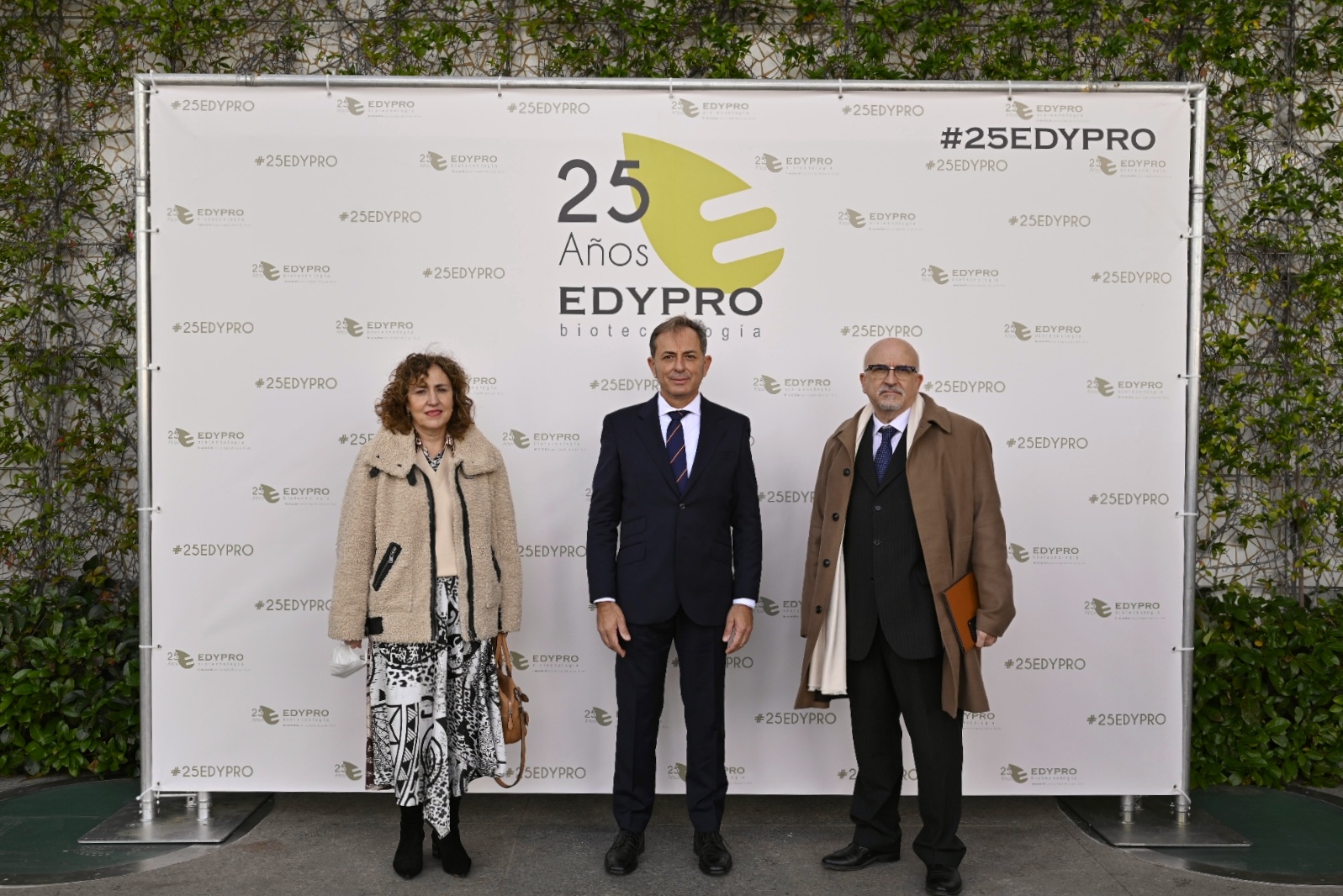 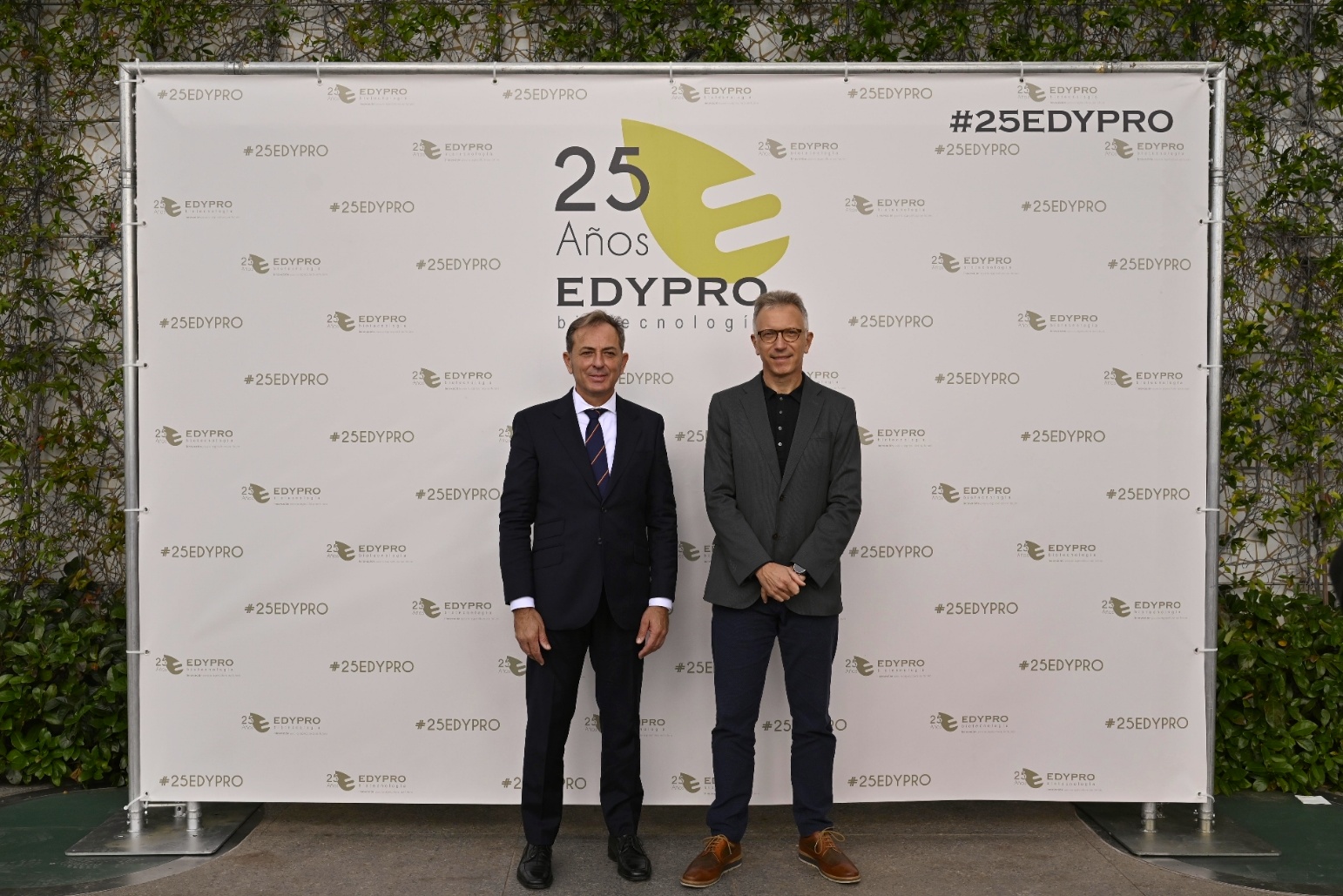 The event, which combined a festive character with a more technical and informative part, was attended by the European researcher Massimo Biloni, founder of IRES srl and Acquaverderiso and president of Strada del Riso Vercellese di Qualità; Juan Pablo Torregrosa, representing CEEI Valencia, and Ángela Pérez, president of BIOVAL, the biotechnology cluster of the Valencian Community that brings together companies involved in biotechnology in the health, environmental and agri-food sectors.

Vicente Puchol, manager and technical director of the firm, thanked all those present, “collaborators, clients and the EDYPRO team” for their attendance. “Each one of us, in our role and with our work, makes it possible that research in biotechnology to increase the quality and production of crops is a reality that is transmitted to farmers and they offer the final consumer premium quality products from the field,” he said.

As the slogan chosen by EDYPRO for the commemoration of this 25th anniversary points out: innovation for the agriculture of the future; Puchol explained how research and biotechnology make it possible to achieve crops without residues, free of diseases, “improving the profitability of farms and providing added value for human food”. 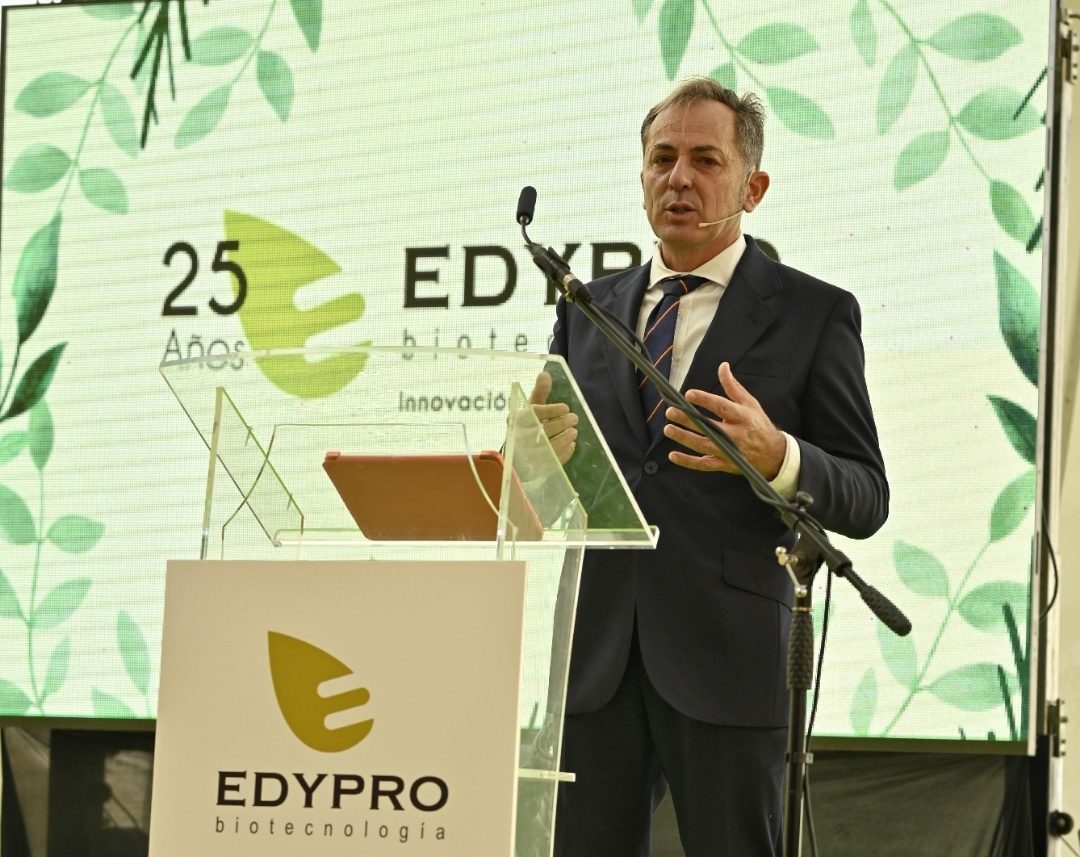 25 years of solid trajectory
Vicente Puchol began researching, developing and producing his biotechnological solutions in an old family facility and in 1996 formed EDYPRO Biotecnología. The first product developed and launched on the market was ORGANOVITAL PLUS, which has undergone several reformulations over the years in line with the company’s commitment to continuous improvement.

The 2000s marked the consolidation of EDYPRO and the recognition of all the research and innovation work developed. It was a golden period in which it received numerous awards such as: Best Entrepreneurial Initiative, CEEI, in 2000; 1st Prize for Projects in Operation, Caixa Popular, in 2001, and the BANCAIXA Prize for Young Entrepreneurs in 2002.

Also at that time, specifically in November 2003, a new production plant with a production capacity of 200 tons/year was inaugurated. In the course of these years, the plant has been modernized and its productive potential has been intensified, tripling the initial production volume.

In 2004, it was nominated for the Nova Award in the category of “Creation of an Innovative Company”, highlighting the research and development of solutions that replaced hormonal substances for curdling. And the decade ended in 2009 with the PACTEM NORD Award for Respect and Promotion of the Environment of the PACTEM NORD Awards for Co-responsibility.

Around the same time, the company also entered the Almeria market, which is dominated by vegetable crops under shelter. This is one of the most demanding markets in terms of innovation, field results, product quality and technical service.

As a result of more than 10 years of research, EDYPRO developed the first product that had an impact on some of the plant’s productive genes, promoting their expression. With this project, EDYPRO was a finalist in 2011 for the InnovaQ award. From this discovery, EDYPRO has developed and improved its most demanded products: EDYFRUIT ARROZ, PROCUAJE RADICULAR, EDYFRUIT ENGORDE RADICULAR, EDYFRUIT MAIZ, SOJA CUAJE o SOJA ENGORDE.

EDYPRO is currently a market leader with products of recognized high efficacy and differentiated value, both for the farmer and for the final consumer of the fruits. It has already developed 87 products, 20 of which are certified for use in Organic Agriculture and 23 are Zero Residue. 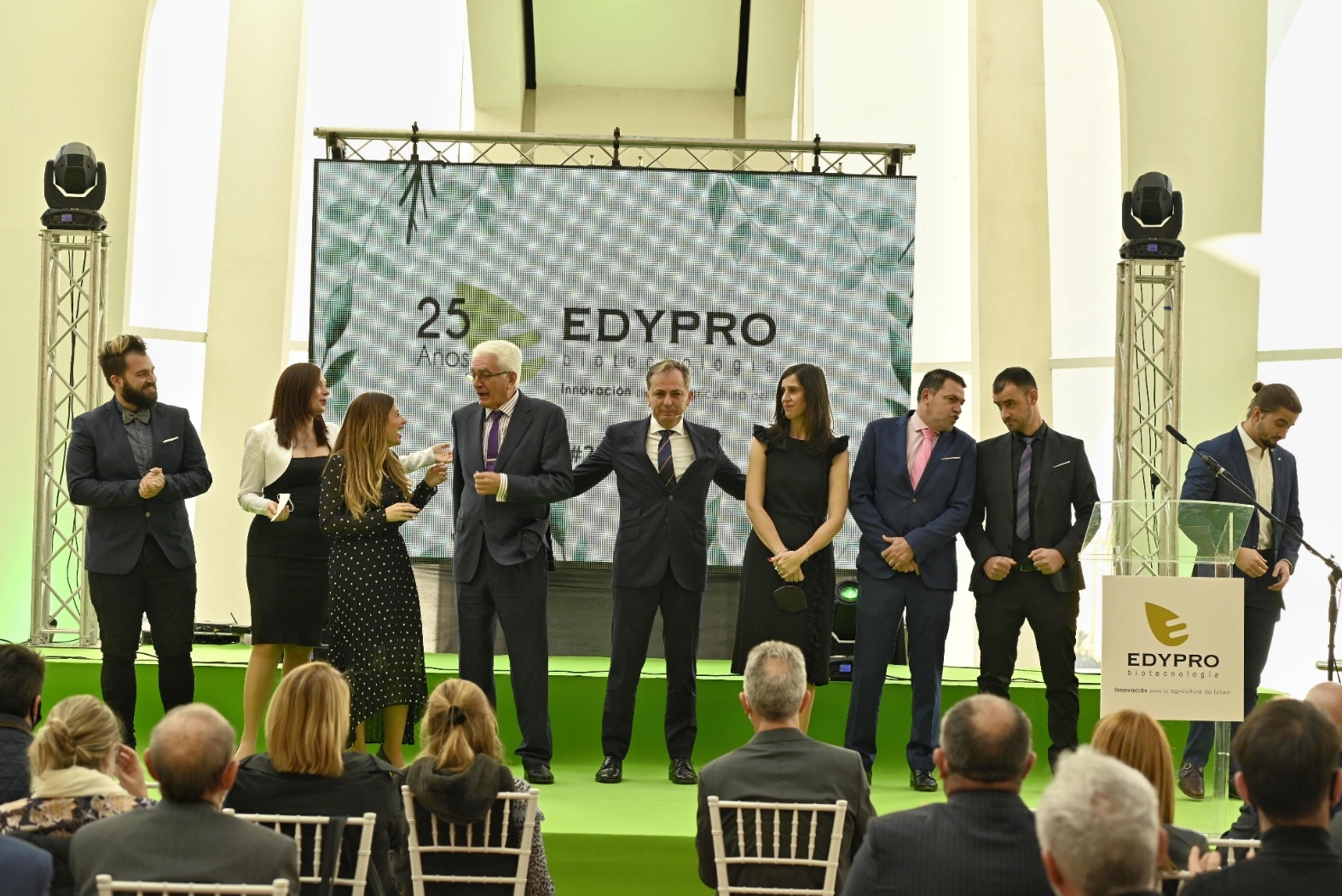