In EDYPRO we are aware of where we are today, and it is the result of the right decisions and attitudes that we have taken throughout our journey.

It is now 25 years of history in which we have managed to position ourselves as a benchmark in the development of biotechnology products with high agronomic results for the agriculture of the future.

Today we can be proud to have two laboratories, two factories and three experimental fields. We have a presence in the national market, as well as international (Portugal, France and Italy).

Some of our biotechnological solutions have marked a turning point in agriculture, such as PROCUAJE RADICULAR, which has completely transformed the way of activating and carrying out fertilization, and has become the product with the most plagiarism attempts (read the story here).

But as we have already said, what we are today responds to all the challenges and milestones that we have been reaching in these 25 years. Let’s go through them. Do you want to come with us?

Beginning of biotechnology research in 1996

Vicente Puchol’s dream began to become true while he researched, developed and produced his biotechnological solutions in an old family facility. Alone, reinvesting all the profits and being his own commercial, he ended up constituting EDYPRO Biotechnology in 1996.

The first product developed and launched on the market was ORGANOVITAL PLUS, which continues to be well received by customers. In line with the desire for continuous improvement of the company, its formulation has undergone several improvements during these years, to achieve a speed of action and a spectacular response in the trees.

The 2000s decade meant the consolidation of EDYPRO and the recognition of all the research and innovation work developed by Vicente and the EDYPRO team. It was a golden age in which he received numerous awards such as: Best Business Initiative, CEEI, in 2000; 1st Prize for Projects in Operation, Caixa Popular, in 2001, and the BANCAIXA Prize for Young Entrepreneurs in 2002.

Also at that time, in November 2003 specifically, a new production plant with a production capacity of 200 tons/year was inaugurated. In the course of these years, it has been modernized and intensified its productive potential to triple the initial manufacturing volume. 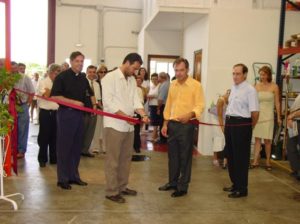 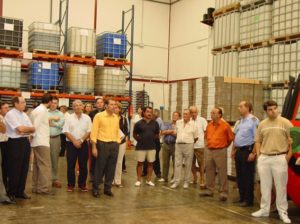 In 2004 it received the nomination for the Nova Award in the category of “Creation of Innovative Company” highlighting the research and development of solutions that substituted hormonal substances for fruit set. And the decade ended in 2009 with the PACTEM NORD Award for Respect and Promotion of the Environment for Stewardship.

The beginning of the century also witnessed our landing in the Almeria market, in which sheltered horticultural crops predominate. It was one of the most demanding markets in terms of innovation, field results, product quality and technical service.

Access to the activation key of the plant genome

As a result of more than 10 years research, we found the access key to RNA to activate the expression of genes linked to the productive factors of crops. With this project we were finalists in 2011 for the InnovaQ award. We received this award, granted by the Cotec Foundation, from the hands of, by then, the current monarch and, today, King Emeritus, Juan Carlos I. 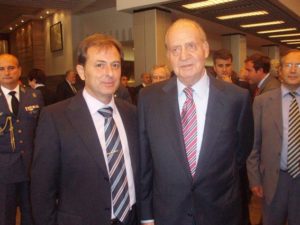 Present and future: Innovation for the future agriculture

Today we have achieved a solid foundation to continue researching and developing innovative biotechnological solutions. We are leaders in the market with products of recognized high efficiency and differentiated value for both the farmer and the final consumer of the fruits. There are already 87 products that we develop, 20 of which are certified for use in Organic Agriculture and 23 are Zero Waste.

Our commitment to research has pushed us to collaborate in national and international projects, such as TOMRES, which is part of the HORIZON 2020 research program.

In this sense, we are a company certified by Bureau Veritas and recognized as an INNOVATIVE SME. We are cataloged by the EC as a research entity and we are founding partners of BIOVAL, the BIO Cluster of Comunitat Valenciana.

We continue to research biotechnology at a scientific level to find solutions to difficulties in crop management, pursuing and achieving Premium agriculture of international recognition.